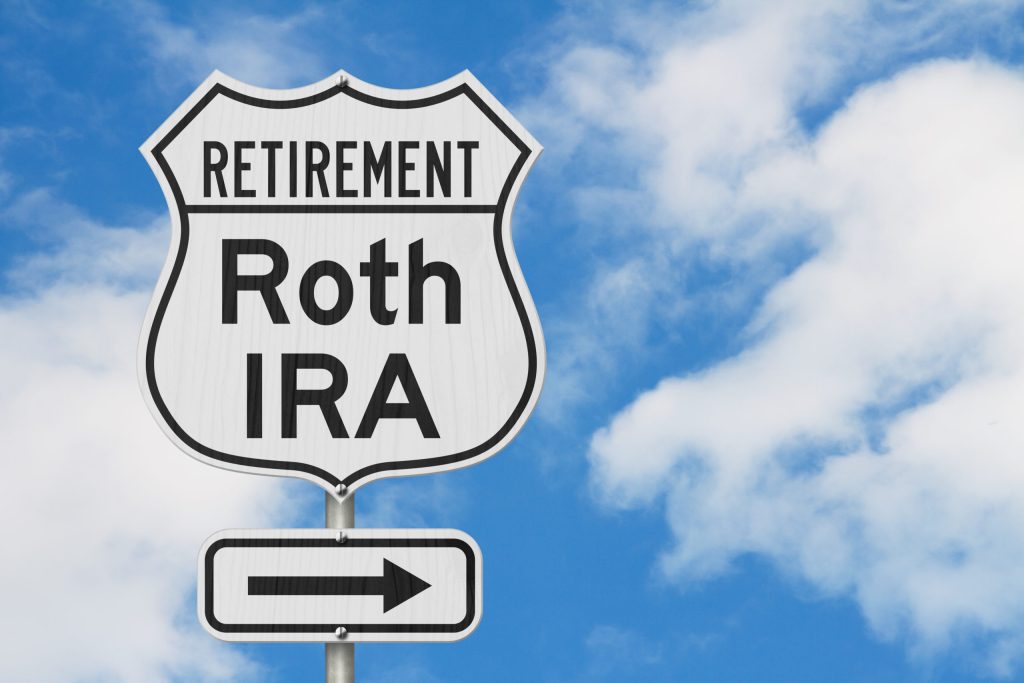 What Is a Roth IRA?
How Peter Thiel Used a Self-Directed Roth IRA to Amass a Fortune
Making an Investment Strategy of the Wealthy Accessible to Everyone
High Reward Does Not Come Without Risk, Making Portfolio Diversification a Must
What If My Income Is Too High for a Roth IRA?
You Don’t Need to Be Peter Theil to Invest in the Next Facebook
SEP IRAs vs. 401(k)s: Which Is Right for Your Small Business?
Expanding Access to Alternative Assets Through Alto’s Series B Raise
Alto Partners with Prosper to Enable Tax-Advantaged Investing in Consumer Loans

Last week, ProPublica published the now hotly discussed Lord of the Roths: How Tech Mogul Peter Thiel Turned a Retirement Account for the Middle Class Into a $5 Billion Tax-Free Piggy Bank. From news reports to Twitter and even the halls of Congress, the collective response was immediate and predictably divided.

Some praised him for having the foresight to invest funds from a self-directed IRA in the then-startup, Paypal. Others accused the Paypal co-founder of unfairly profiting from a tax-advantaged investment vehicle intended to provide middle-class Americans a means to build a healthy nest egg.

Whether existing IRA regulations make smart tax policy is debatable, and Congress may decide to revisit these rules. But at the time Thiel invested in the company he was co-founding using a self-directed Roth IRA, he did so as “one of us” and in accordance with IRA rules.

We’ll explain how Roth IRAs work, as well as how companies like Alto, with its Alto IRA account, make what ProPublica calls “supercharged investment vehicles” accessible and affordable for you to do the same.

What Is a Roth IRA?

Traditional IRAs have been around since the mid-1970s. By that time, employee pensions were already in rapid decline. So Congress-concerned by the number of people with no retirement savings-created the independent retirement account (IRA).

The idea was simple: As with a 401(k), you contribute to an investment plan pre-tax up to a certain amount each year. Likewise, earnings from dividends, gains, and interest aren’t taxed until you make a withdrawal upon reaching 59 1/2 years of age. Upon withdrawal, you’ll be taxed on your earnings based on your current income tax rate.

It was, and is, a good idea for many investors. The problem was that few Americans were using them. So in 1997, Congress established the Roth IRA.

A Roth IRA is similar to a traditional IRA in that it shares the same set of yearly contribution limits and can be invested in the same ways. The main differences are that you invest after-tax money and pay no income taxes upon withdrawal, except in the case of an early withdrawal.

That’s right, not only do your investments grow tax-free in a Roth IRA, no matter how big it becomes, but your withdrawals are also tax-free (subject to a five-year holding period upon contribution). You can even sell your holdings and reinvest the money in further opportunities, all within the tax-free confines of your Roth IRA.

This is exactly what Peter Thiel did.

In 1999-the year Thiel made his initial Roth IRA investment-the maximum yearly contribution for IRAs was just $2,000. However, the Clinton Administration, concerned the ultra-wealthy might abuse the new Roth IRAs as tax shelters, barred earners above a certain income level from participating.

But Thiel was making less than the $110,000 earnings cap when he made his $1,700 contribution. In other words, he was not part of the uber wealthy when he used his Roth IRA to purchase his PayPal founders’ shares.

What Does It Mean for an IRA to Be Self-Directed?

Basically, self-directed means investors (or an advisor working on the investor’s behalf) choose the investments based on their own investment criteria rather than criteria set by a prospective custodian’s investment committee.

His savvy paid off. Within three years, PayPal had gone public and was bought by eBay, catapulting Thiel’s IRA to around $28.5 million.

He then sold his shares in PayPal and began to reinvest the money, including a $500,000 pre-IPO stake in Facebook that would become worth an estimated $1 billion! And because he did so within his Roth IRA, these investment gains were all tax-free and available for continued reinvestment.

The IRS revises IRA contribution limits every few years. In 2021, $6,000 is the maximum contribution. However, people 50 and older can contribute $7,000 per year (the additional $1,000 is referred to as a “catch-up” contribution).

Making an Investment Strategy of the Wealthy Accessible to Everyone

Peter Thiel’s success may seem unrealistic for the average investor, and it’s true he had some very unique opportunities given his close involvement with PayPal and Silicon Valley, but remember he started with $1,700. Regardless, you don’t have to be well-connected or already wealthy to invest like him.

“We all should have the ability and access to these types of investment opportunities.” – Eric Satz, CEO and Founder, Alto

One company tearing down the once-high barriers to entry for ordinary investors is Alto. Alto makes it easy to invest your self-directed IRA in startups and pre-IPO companies-as well as other alternative assets such as securitized art, farmland, real estate, and even cryptocurrency.

“The point of AltoIRA is to make alternative assets accessible in a cost-effective manner for all individuals,” Alto CEO and founder, Eric Satz, told Fintech Today. “You don’t have to have $500,000 to be able to invest in Facebook. You can have $500 or $5,000 or $50,000. The ROI is the same. The absolute dollars may be different, but we all should have the ability and access to these types of investment opportunities.”

Because of Alto’s partnerships with companies like AngelList and Republic, you don’t have to go through the complicated process of finding your own deals, nor do you have to worry about inadvertently making prohibited transactions. That said, you’re not required to invest through a platform partner.

“You can bring your friend’s company to the Alto platform and you can invest via Alto using your AltoIRA,” Satz explains.

So if you think you’ve found the next Facebook, you do you! Just be aware that you’re responsible for lining up the deal and doing due diligence to ensure the investment is legal.

High Reward Does Not Come Without Risk, Making Portfolio Diversification a Must

New technology may mean opportunities once out of reach for everyday people are now accessible, but it’s still important to remember that no investment is without risk. There was no guarantee PayPal would succeed, and it’s likely Peter Thiel himself has made losing investments over the years.

For this reason, it’s crucial that you do your homework before investing. A good rule of thumb when investing in startups, in particular, is that you should believe in the product or service they’re offering, and preferably be well-versed in their industry and business.

Risk is also why portfolio diversification is so important. A healthy investment portfolio depends on a mix of not just traditional assets-such as stocks and bonds-but also alternative, or non-traditional, assets.

There’s a reason for this. If all your investments are in, say, stocks and the market takes a dive right before you’re set to retire, your portfolio may not recover in time.

Diversifying your portfolio allows you to mix potentially high-reward (but also high-risk) investments with lower-risk (but also unlikely to yield exceptional returns) investments.

“Portfolio diversification is not only, I think, the best tool we can employ, it’s also a free tool,” says Satz. “I encourage people to not bet it all on red. Not put it all in crypto, not put all their money in real estate, not put all their money in the public markets, but instead, spread it out, reduce volatility and, over time, increase returns.”

To see this concept in action, look no further than the investment strategies of the ultra-rich. Whereas the average investor holds only about 2-5% of their portfolio in alternative assets, the largest pension and endowment funds average around 25-50%. Not only does diversification help mitigate risk, alternative assets-while at times riskier-tend to offer higher returns.

What If My Income Is Too High for a Roth IRA?

While traditional IRAs don’t have income limits, Roths do. As of 2021, the maximum you can earn while contributing to a Roth IRA is $125,000 for individual taxpayers (though earners making less than $140,000 can contribute at a reduced rate) and $198,000 for married couples filing together (those earning up to $208,000 combined are allowed to contribute less).

So what if you make too much to contribute to a Roth IRA? Is there no way to take advantage of the tax-free yields of a Roth account?

While Thiel may have made his first and only Roth IRA contribution with an income well below the income limit, it’s unlikely people like Warren Buffett or Mitt Romney could contribute to the same tax-free account. So how have they been able to set up Roth IRAs?

Most likely, they made what is referred to as a backdoor Roth conversion. And as with Thiel’s $5 billion Roth IRA, it’s perfectly legal.

To do a backdoor Roth conversion, in essence, you create and contribute to a traditional IRA, then request to transfer that balance (or a portion of it) into a Roth IRA. At that time, you’ll pay a one-time tax on the transfer. After that, you can invest the Roth IRA as you please.

Of course, there will be paperwork involved, the transfer won’t be immediate, and you’ll pay your current income tax rate, but depending on your situation and what you’re investing in, the potential reward may be worth your while.

If ProPublica’s piece shows us anything, it’s that a Roth IRA can be an incredibly powerful investment vehicle with the right investments. And hopefully it brings more attention to the fact that it’s never been easier for everyday people to invest in private companies… not just the Peter Thiels of the world.

That’s the core of Alto’s mission: To make investing opportunities once available only to the well-connected, accessible to everyone and, in return, help more Americans invest for the retirement they want.

As Eric Satz is fond of saying, “Know it can be done.” Expanding Access to Alternative Assets Through Alto’s Series B Raise What Is a Roth IRA?
How Peter Thiel Used a Self-Directed Roth IRA to Amass a Fortune
Making an Investment Strategy of the Wealthy Accessible to Everyone
High Reward Does Not Come Without Risk, Making Portfolio Diversification a Must
What If My Income Is Too High for a Roth IRA?
You Don’t Need to Be Peter Theil to Invest in the Next Facebook
SEP IRAs vs. 401(k)s: Which Is Right for Your Small Business?
Expanding Access to Alternative Assets Through Alto’s Series B Raise
Alto Partners with Prosper to Enable Tax-Advantaged Investing in Consumer Loans